Staying with The Hamptons Apartments during COVID-19?

The novel coronavirus (COVID-19) pandemic is evolving rapidly. In the midst of challenges and uncertainties, we are heartened by the confidence that our guests have put in The Hamptons Apartments, choosing to stay with us as we work together to contain the situation. The well-being of all members of the The Hamptons Apartments Family - our guests, staff and stakeholders - is of paramount importance to us. To ensure your safety, we are taking all necessary precautionary measures in accordance with the guidelines from the World Health Organization and public health authorities in the respective countries.

Our full sized residential apartments are an ideal 'home away from home':

Part of the Corporate Keys Group, Established in 2005 and still proudly an Independent, 100% Australian Owned and Operated Accommodation Provider.

Cruise ships pump millions into the economies of the countries and ports they visit. 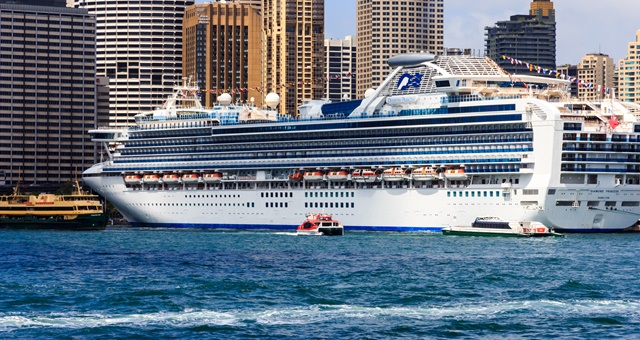 According to a recently conducted research on the cruise industry of Australia, specifically its impact on the economy, it was revealed that it earned an approximate of $450 million in revenue from travelers who opted for cruise holidays.

Cruise passengers spend up to 33.3% on holidays. This date is based on the Economic Impact Assessment which was compiled by the Australian Cruise Association or ACA and the Cruise Lines International Association or CLIA. The aforementioned groups are the land side and oceanside advocacy organizations of the cruise industry. The study was based on the 1,240 cruise ship port visits in Australia from 2018 to 2019.

The same study also showed that foreigners spend roughly $569 per person each day prior to or following their voyage. Australian locals, on the other hand, spend an average of $436 per day. The rest of their expenditure goes into tours, transportation, excursions, shopping, and entertainment. We can’t leave out crew members from cruise ships who also spend approximately $173 each day during port visits. One of the best spots that many travelers go-to is Port Melbourne which is an upscale coastal suburb. The Hamptons Apartments being the only purpose build Port Melbourne hotel in the area. Other nearby cruise terminals are the Station Pier and Spirit of Tasmania.

In total, cruise travelers bring in $5.2 billion to the Australian economy. This includes not just the direct output but the indirect output as well, which includes expenses on port fees, administration, fuel, local produce, food, and wine.

Dean Long, who is the CEO of Accommodation Association of Australia, supports the findings of the research. He claims that holiday cruises contribute greatly to pre and post-voyage hotel stays. “The report reinforces that Australia remains very appealing as a cruise destination, with destinations such as Brisbane, Cairns, Broome and Eden already benefiting from recent investments in port infrastructure,” he added.

He also mentioned that travelers who visit Sydney decreased by 23% amidst it being one of the popular spots for cruises. The lack of port facilities for larger ships that couldn’t pass under the Sydney Harbour Bridge is the reason for the decline.

Michael Johnson, who is the CEO of Tourism Accommodation Australia, stated that efforts have been made by the TAA in collaboration with the state government of NSW in order to address the issue.

“NSW still received the greatest share of direct expenditure from the cruise industry but TAA is concerned there will be a flattening out unless Sydney’s infrastructure constraints on the industry are addressed. While the report shows Australia as a whole remains attractive as a cruise ship destination, and that cities like Brisbane, Broome and Cairns are benefiting from infrastructure investment, TAA has real concerns about the need of more berthing space in Sydney,” he added.